Our Visit to Elinor's Birthplace 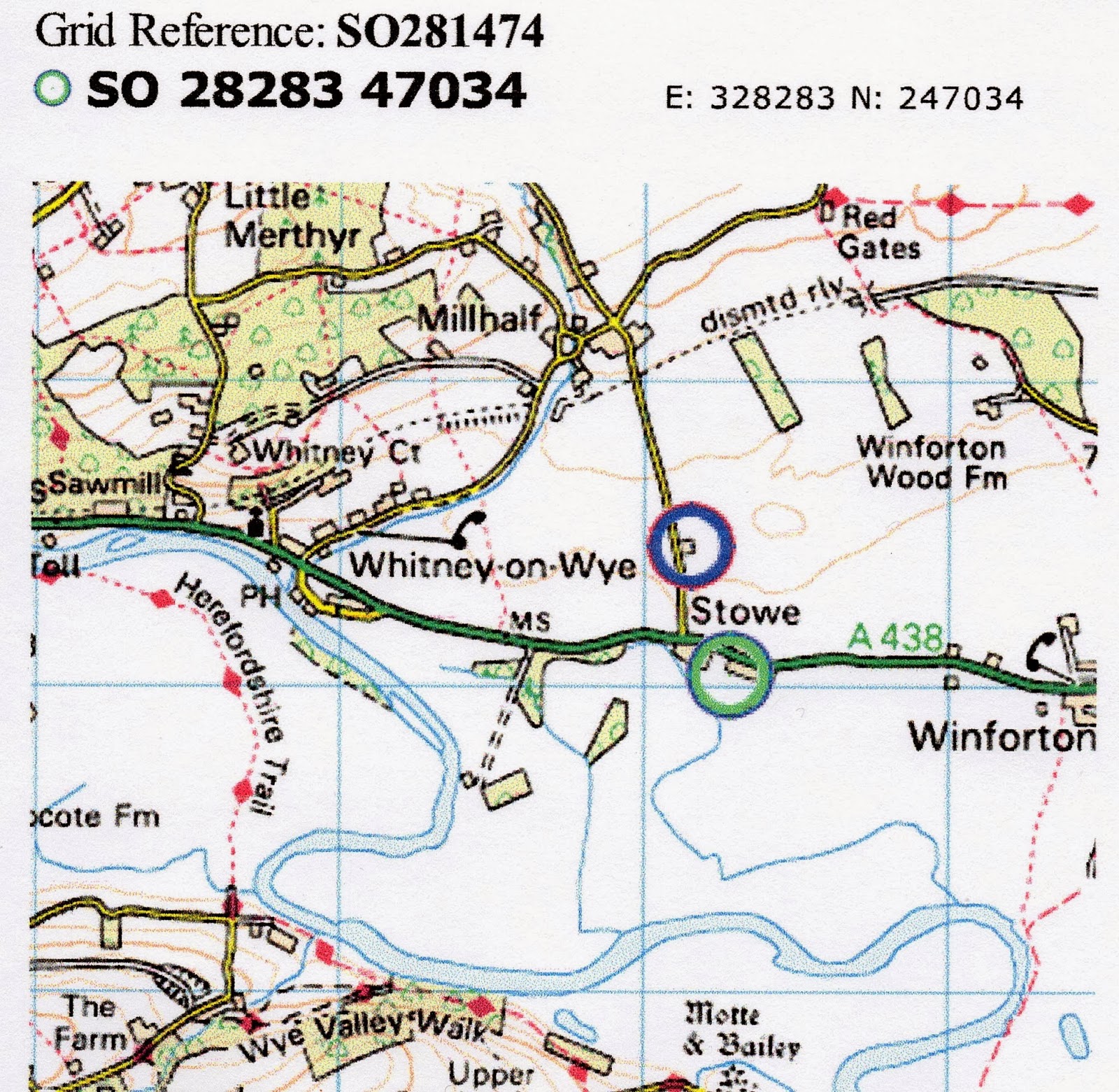 This is from my other blog about our visit to Elinor Jenkins Vaughan's birthplace in 2010. Written before we discovered that she was our first Vaughan in Utah, it should be shared here:

Back this morning from the Bountiful Temple having done Initiatory work for family names I found last week, I was regretting not visiting all the villages connected to our ancestors on our trip two years ago. Then I remembered to be grateful for the amazing experiences we did have, truly led by the Lord not knowing beforehand.

We had intended to visit Stowe Farm where our Jenkins Ancestress Elinor originated, wife of John Vaughan married 1810 in Hay, Breconshire, Wales. We knew from the 1851 Census she had been born in "Stow" a fairly common place name throughout England also spelled as "Stowe." Some on ancestral file had placed her birth in a "Stowe" in Shropshire, but we thought that a bit far off. On old maps of Herefordshire, we found Stow as a part of Whitney Parish within walking distance of Hay across the Welsh border. And we found a matching Jenkins Family with a daughter Elinor in Whitney Parish records.

So we were off to visit Stowe. Knowing it was a private farm, I was hoping to find someone who could give us permission to take some pictures. From my trip journal:
I talked to an old guy I saw burning trash behind a stone wall.  I explained what we were doing and asked if we could take pictures of Stowe Farm. He said we would have to talk to a Mr. Lew Price and told us where to find him. But as usual, it was hard to follow or interpret the information so we pulled over in some kind of community center and asked the nice lady who told us to go back and turn left up the next road to the stone house. We got to the turn and there was a man in the road directing traffic off and said we couldn't turn there because of a hundred cows coming down the road. I explained how we were looking for a Mr. Lew Price and he asked what we wanted with him and who had sent us. I explained a little and he had a twinkle in his eye so we figured it was him. He said he would be happy to talk to us but that we would first have to help with the cattle. So I got out to help and he directed my Aunt to a parking spot up the road. He had two young farm workers, maybe sons, with him. When the cows came down the road to the intersection with the Brecon-Hereford Highway, they stood out in front of oncoming traffic waving their arms so I did the same.


Then I stood off to the side as we shooed the cows along. I got up on the bank to block one heading to make a left onto the A438. We didn't get trampled and the cows got across. I went over to where my Wife, Aunt, and Cousin had been snapping pictures of the big cattle drive of 2010.  (They weren't Hereford cattle by the way, but Holstein dairy cows.) We watched the cows go into the farm and Mr. Price came out to us and we talked about the Jenkinses, Whitney Court, and Stowe Farm.

He showed us the blacksmith shop that was functional until 1950.  He pointed out the two-up and two-down house which was typical of a farm workers' residence in the past days.

He also pointed out the black and white old Stowe Inn, that would be the one mentioned in the 17th Century arrest report that I got from the British National Archives about a certain Vaughan gentleman in trouble for what we would probably call "disorderly conduct" today for carousing outside the Public House. [no family connection yet established.]

That's the extent of my journal entry. We did drive by the old stone Farm House where we supposed Mr. Price  lived.
There's some irony in the fact that we were herding Holsteins across the road when the Hereford breed was in part developed on Stowe Farm by a Mr. John Monkhouse in the early 19th Century. Did my ancestors know Mr. Monkhouse? Did they help with the cattle breeding? More research needs to be done. I bet they at least herded cattle across the Brecon-Hereford Road even if there wasn't much traffic to stop in those days.

For more on Stowe Farm, the Price Family, and their new local farm store, see here.
Posted by Grant at 4:03 PM