Yesterday we went to a niece's wedding in Brigham City and the luncheon was Downtown Ogden on 25th Street just up from the Union Pacific Depot where several past generations of my family worked. Ogden has done some nice preservation and some upgrading downtown. It never quite became the Chicago of the Intermountain West as envisioned. The Railroads still move freight, but the yard is significantly diminished as evidenced by the wasteland under the 24th Street Bridge that used to span a half mile or so of bustling steam then diesel on multiple iron and steel rails.

Of particular historical sensitivity was the thought I could not escape that my Great Grandfather, George Robert Vaughan, had lived just through the block at the Grant Hotel on 24th Street. He knew those streets as did my Grandfather and most of my Vaughan relatives.

Google had already told me that the Grant Hotel was no longer in existence with a nice-looking Marriott Courtyard taking up most of the 200 block on the south side of 24th. Grant Street is just to the East.

I suppose there's some historical irony there that it's part of Ogden's downtown revival. The old establishments on that side of 24th Street were not quite as "upscale." I was searching for information on the Grant Hotel and did find the address as 283 24th Street in an old Ogden City Directory from Ancestry.com. The articles from Utah Digital Newspapers indicate that on the same block there were a few bars, a barbershop, some Asian gambling dens with a police raid or burglary now and then, and at least one suicide of a Japanese man.

There is a wonderful resource online from the Weber County Tax Assessor's office with historical photos of properties in Ogden. It's sort of like a "Google" of the past. Unfortunately, it doesn't include every property. Maybe the Grant Hotel isn't there because it was torn down sometimes in the 1950s. There is a photo of the building at 277 24th just to the west that shows just a piece of what would be the Grant Hotel. 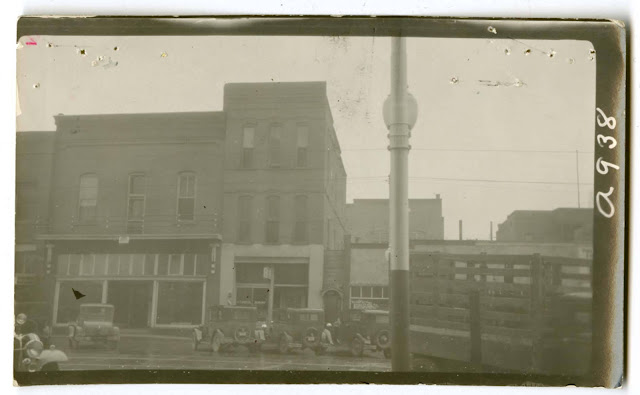 You can see this same building at 277 24th in a later photo as Bertagnolli Plumbing. And the building to the left or the East, that I am assuming is the Grant Hotel, is gone. 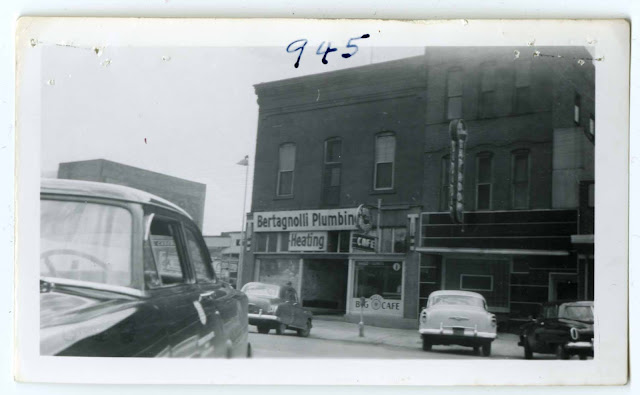 My Great-Grandfather was there in the 1940s according to the 1940 Census and some City Directories.

As my friend says on the Mormon History Blog, Keepapitchinin.org, we walk with Ghosts. And we know them.
Posted by Grant at 3:43 PM