Why I Wear a Flat Cap

Besides the immediate, practical need of protecting my balding head from sunburn, there must be some ancestral urge in me to place the hat on my head. I think I first noticed it on the heads of the Gaúchos in southern Brazil. It is also used by sports car enthusiasts and many others. Yet it appears to have its origins as a common workman's hat from many parts of the world. My paternal grandfather occasionally wore a hat like this and his family origins were among the Welsh like those pictured above.The family history work goes on. My Welsh people come from small towns and green mountains literally on the edge of the southern industrial areas of Wales - right on the edge. While my family from the lower end of the class system attempted to maintain a tradesman status as butchers, they were not always successful. When the censuses began in 1841, we find them in a Llanfoist, Monmouthshire, just over the hill from the Blaenavon Ironworks - an important location for the development of industrial processes that spread throughout the industrialized world. And there are several birth records as well that identify the fathers as puddlers.

Sleeping with the Ancestors

[From my other blog, February 10, 2010]:
Last night I went to bed late and I got up this morning way too early so this evening I'm still in an other-worldly daze. I went to sleep last night ruminating on the Roger Vaughan problem in my family history work. My researcher consultant thought that the Roger Vaughan who showed up as "the grandfather" in the Hay Vestry records in our critical year of 1789 would be a fairly unique name. Maybe in most parts of Wales, but not in the valleys along the Wye and over to the Usk. This is probably due to the famous forebearer, Roger Vaughan, defender of the King at Agincourt, whose effigy lies just down the hill from this 5,000 year old burial site. If one ancestor lies in close proximity, is it possible more ancient ones were buried in this tomb?

Let's See How Much Welsh Is In Me: The Ancestry DNA Test

An expert genealogist friend asked me about the DNA test through Ancestry.com, so I thought I would explain here for one and all (Ancestry owes me for this advertisement).

First, the regular cost is $99 US but they have sales every couple of months when the price drops to $79. There is also a shipping fee of $8 bucks something, so figure that in either way.

The kit arrives by US Mail, and opens to to reveal this: 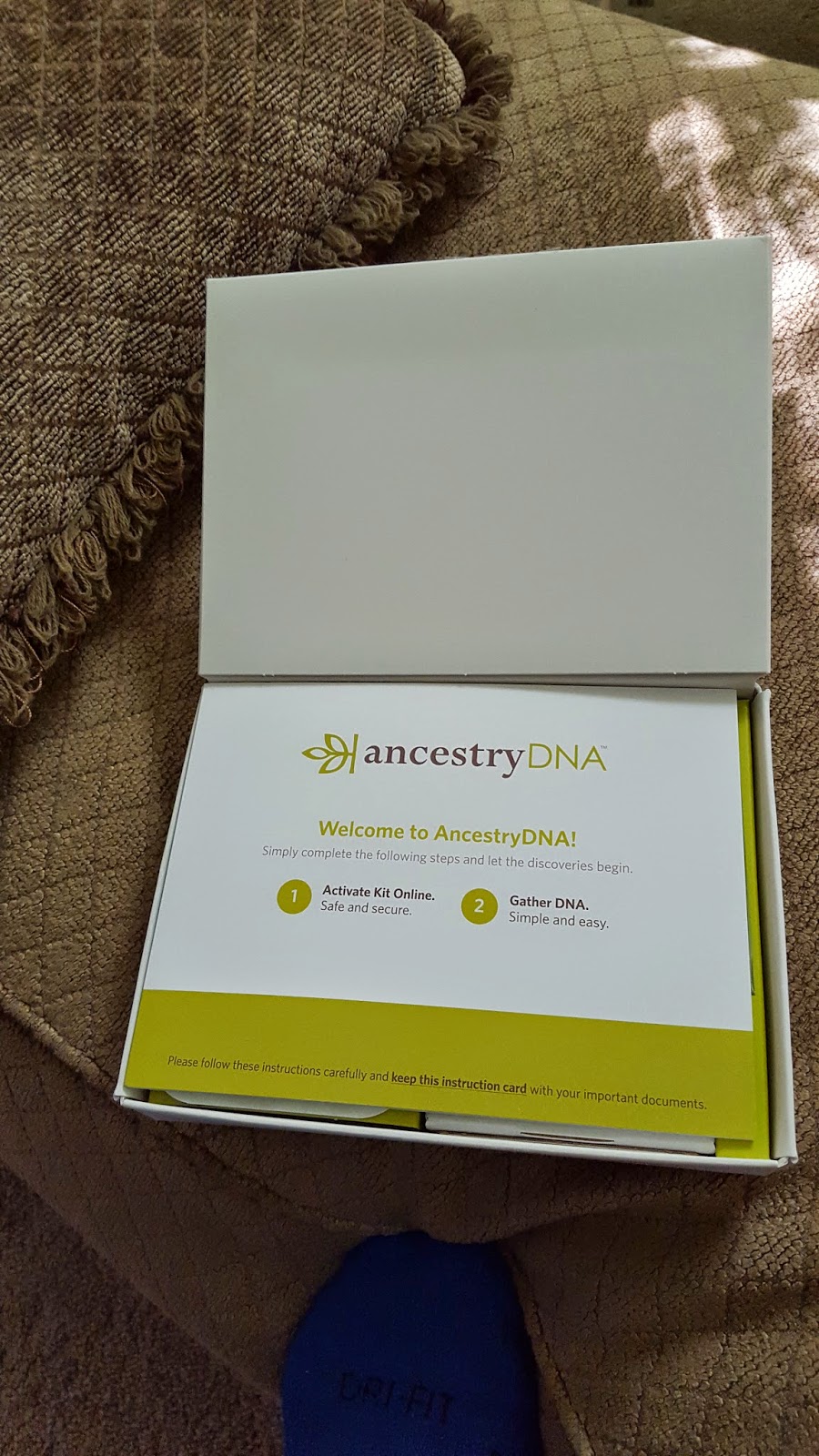 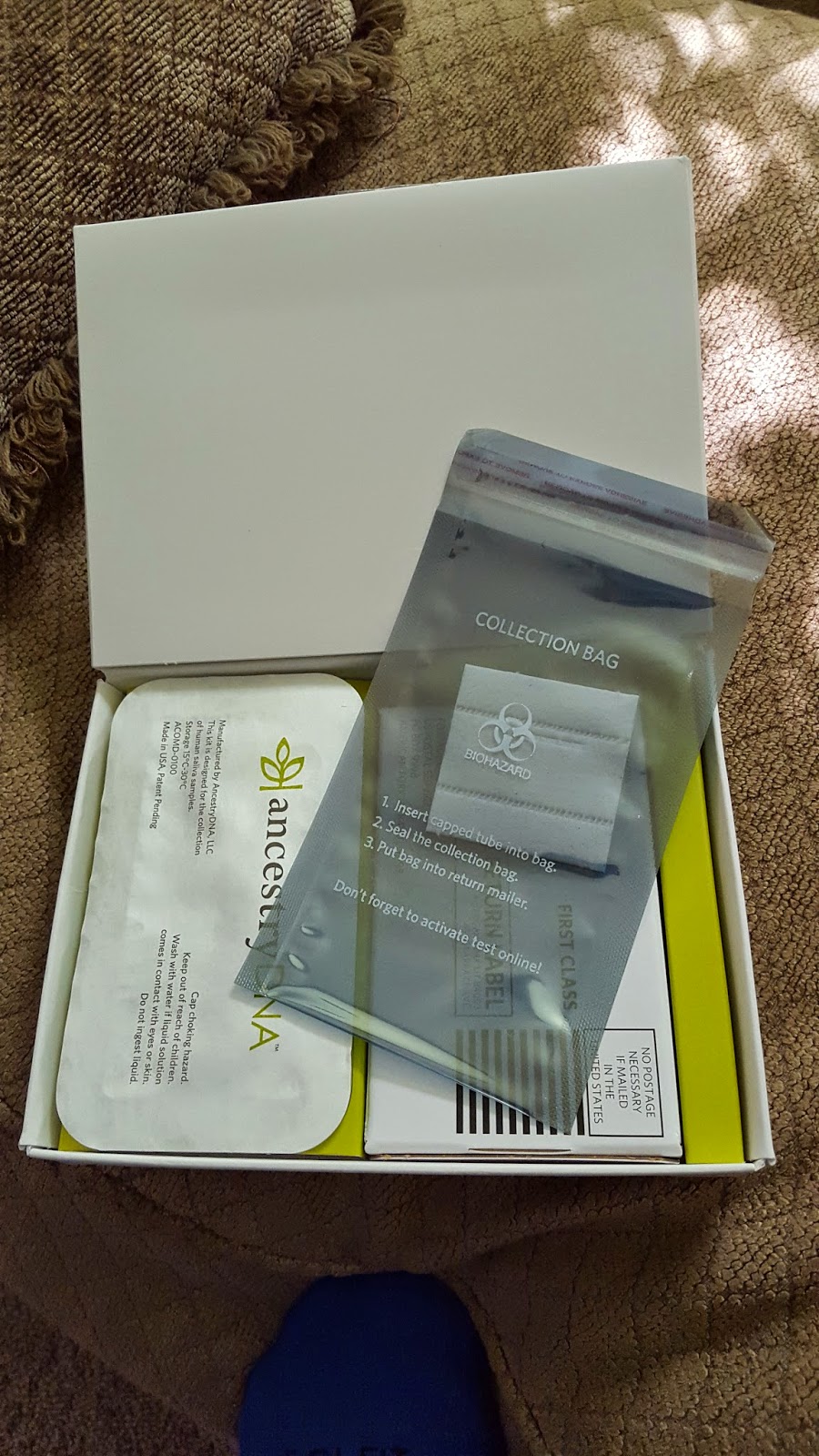 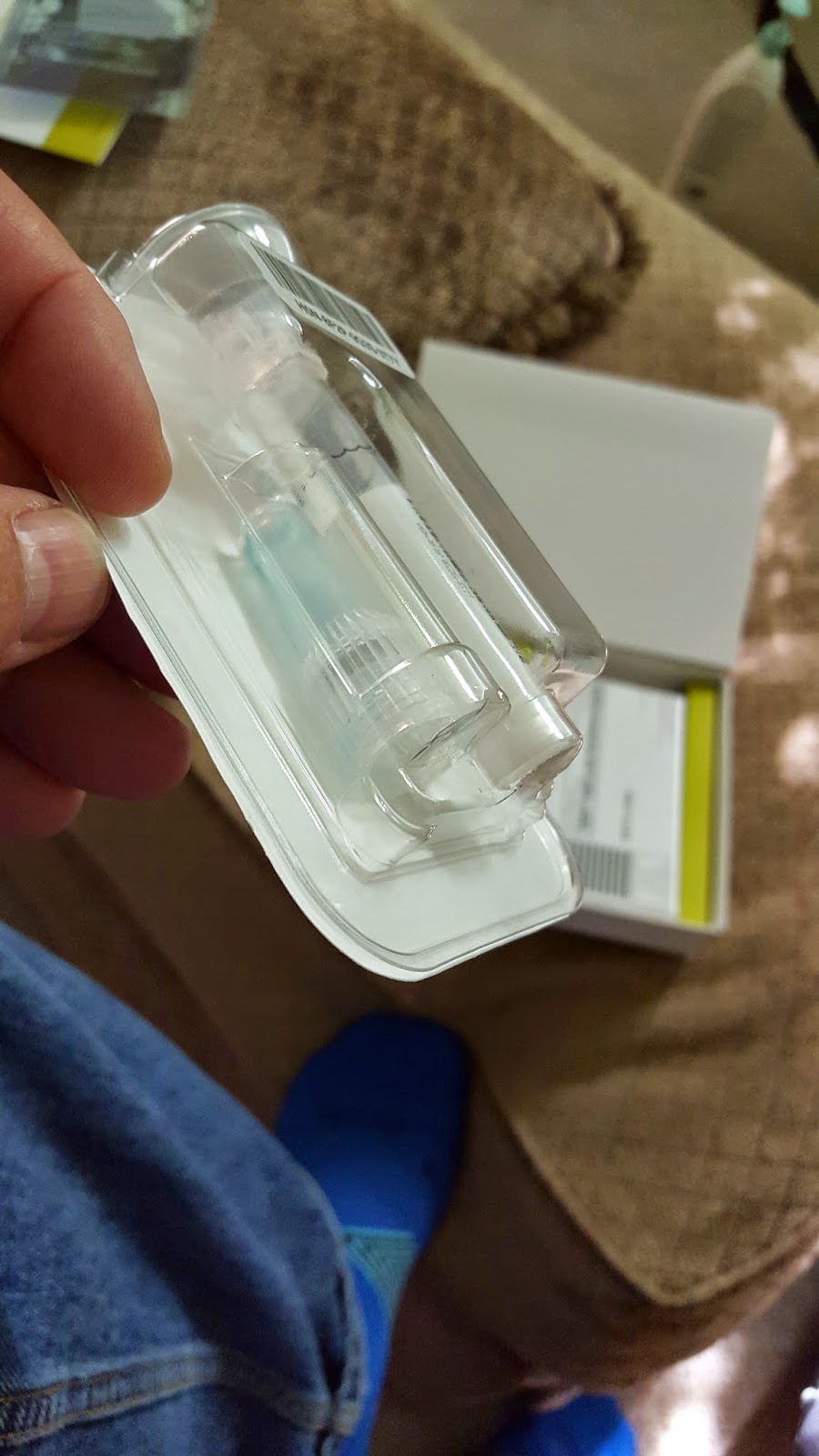