Just discovered, a treasure trove of letters to Brigham Young on-line from the LDS Church History Library. Including this: 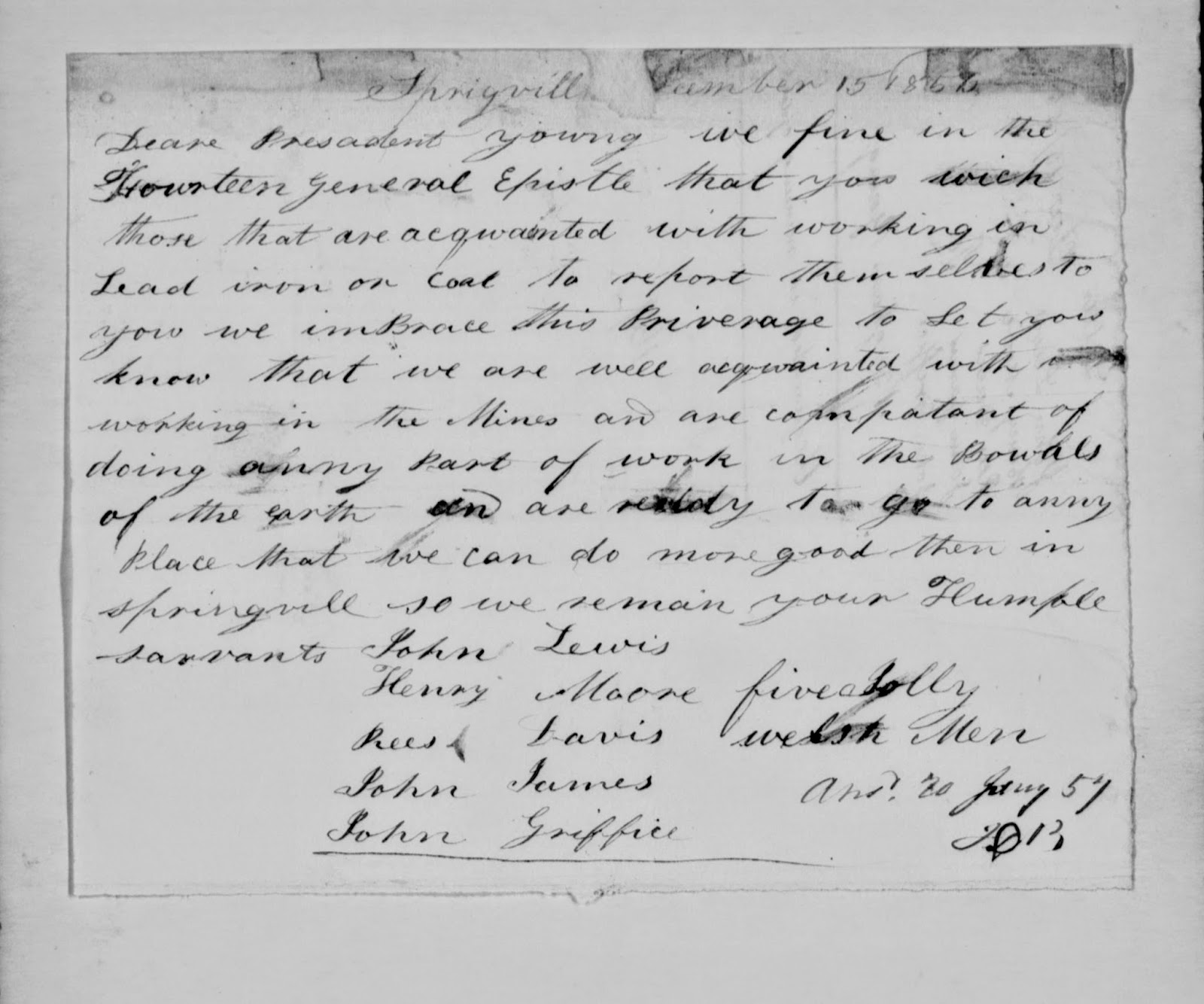 John Lewis arrived in the Salt Lake Valley on September 26, 1856, along with his wife, Jane Vaughan Lewis, their son, John Samuel Lewis (age 9), and mother-in-law Eleanor Jenkins Vaughan (widow). As we had believed, they went to Springville although we still have no information on Jane after arrival.

Let me provide a transcription of the letter as the Welsh miners did not write in the best form of English:

We find in the Fourteenth General Epistle [of the First Presidency, Deseret News [Weekly], 10 Dec. 1856, 313-14.] that you wish those that are acquainted with working in lead, iron, or coal to report themselves to you. We embrace this privilege to let you know that we are well acquainted with working in the mines and are competent of doing any part of the work in the bowels of the earth and are ready to go to any place where we can do more good than in Springville.


Now, all we need is to track down the response letter. (hmmm.)

John's name appears first indicating that he may have penned it himself! He was a Presiding Elder, Counselor to Branch and Conference President Thomas Davis Giles (1820-1894) in Abersychan and Tredegar, South Wales.

And this is one more solid piece of evidence tying the family to Springville, Utah!
Posted by Grant at 9:09 PM