We now have three sources for Jane and John's daughter who lived only one day. Each spells or orders her name in a different way. I put on FamilySearch.org that we were going with the version for her LDS Infant Blessing in the Tredegar Branch which happened the day after she was born and presumably before she died of seizures. I hope that's OK with the rest of the cousins. 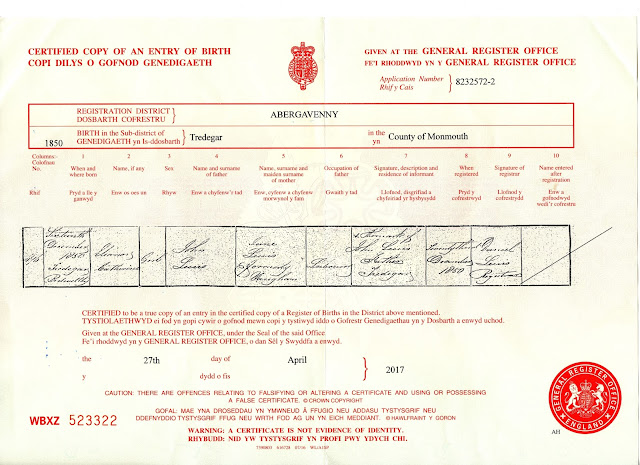 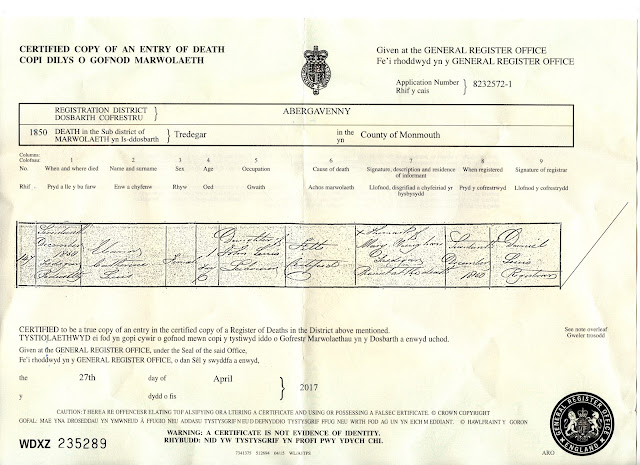 As I am writing about Jane Vaughan and her family, I am going for every detail I can to flesh out this story as realistically as it can be. So many of the details are so sad.

I ordered the birth record for Jane and John's Parley Lorenzo Lewis who died 1856 on board the Samuel Curling crossing the Atlantic. Finding the name indexed as "Parley Lorenze" it was easy to see on the original registry that it was an "o" not an "e" as he was obviously named for two LDS Apostles who had visited Wales and were likely known by his parents.

Little Parley deserves that his full name be known.
Posted by Grant at 8:26 AM