This is by Judy Vaughn Atwood:

For many years I had a dream of visiting Hay on Wye, Breconshire, Wales. From the first time I got interested in family history, I was fascinated by the town of Hay. This is the home of our Vaughan family, the place of our known beginnings. Our earliest Hay ancestor was John Vaughan born in 1789 to Hannah Vaughan an unmarried woman; we do not know who his father was.

Hay is on the east bank of the Wye River on the border of Wales and England. It is just inside the Welsh border; Cusop is a nearby town just across the Dulas Brook in England. Our family has history in both of these towns.

At the time that our ancestors lived in Hay, it was a small market town. Now it is most famous for its books. Thanks to Richard Booth, the town has an abundance of book shops including the one at Hay Castle. So the town has had a rebirth and the local economy has been transformed. 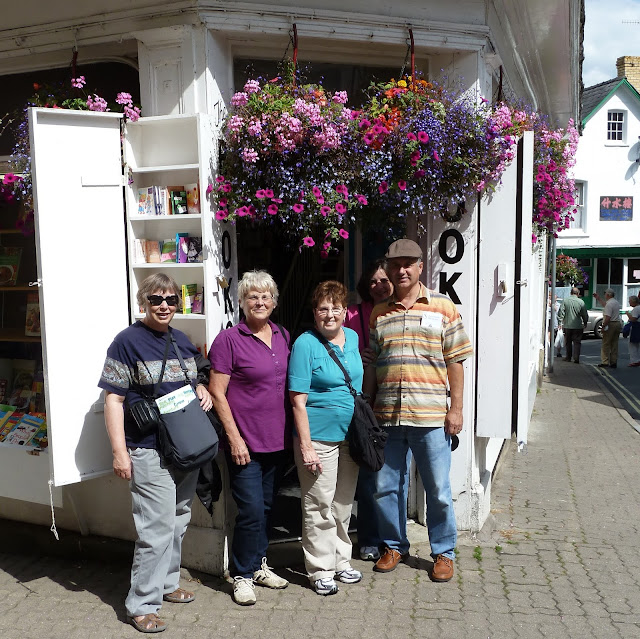 Elaine, Judy, Lucille, Linda, & Grant - one of many book shops in Hay

In 2010, I had the chance to join cousins, Kathleen Nielson, Grant and Linda Vaughn and their friends Lucille and Elaine on a trip to the UK. It would be a genealogy tour, a sightseeing adventure, and a 30th anniversary trip for Grant and Linda.


When we arrived in London, Kathleen and I rented a car and headed to County Durham, England, our goal: to see where our grandfather, George Robert Vaughn was born in 1886 and find out more about our family when they lived in that area. We spent several wonderful days there then headed to join the others in a cottage on a sheep farm near Hay. 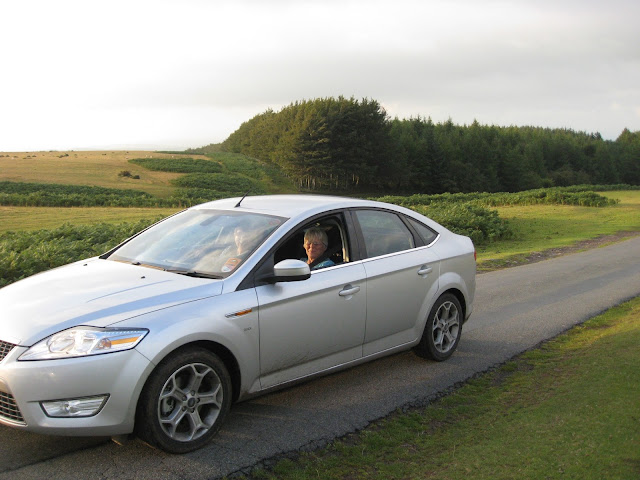 Judy & Kathleen arrive on the Mountain at Twyn y Beddau. That's a two-lane highway, by the way.

The longed for visit to Hay had finally arrived! I was so excited as we approached St. Mary’s Church, I was sure we were going to solve the mystery of Hannah and also verify John’s mother as Elinor. The Catherine/Elinor mystery had long plagued us; John’s wife was listed as Elinor or Eleanor at the christening of each of their children except John (1825) where she was recorded as Catherine. I was sure that she really was Elinor and a mistake had been made when entering the name at John’s birth. Most of the time John’s (1789) occupation was listed as a butcher.

Kathleen and I arrived towards evening and were concerned about getting some groceries and heading to the cottage. I immediately felt I had “come home again to Wales” We bought our food and headed to the sheep farm. 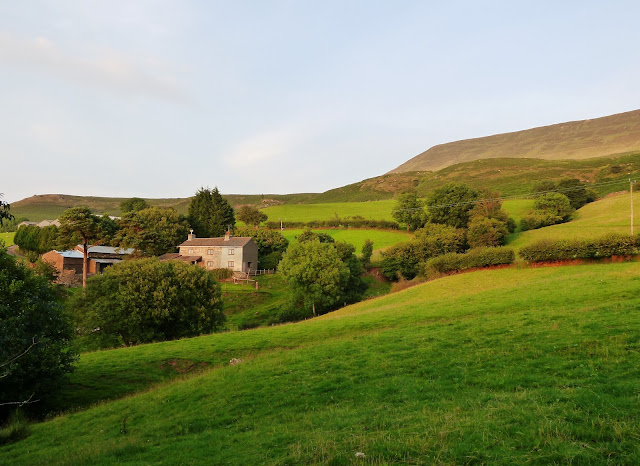 Blaendigeddi Fawr below Hay Bluff. The sheep farm where we stayed near Hay. (by Kathleen)

Monday was at last, the day to visit St. Mary’s Church in Hay. We parked up the Street a little ways as there were some workers in front of the Church. I practically ran, I had to slow myself down a little I was so anxious to see the graves.

We walked around and didn’t find any Vaughans in the graveyard. We went inside and saw the baptismal font, and wondered how many of our family had been christened there. There were some workers installing an organ and they told us Father Richard was not there. We spent some time in the Church and the Churchyard. The front was fairly well kept but behind the Church was overgrown with brambles, blackberries and weeds. Over the years pine needles had fallen on the graves and the ground, it was tragic to see it in such a condition. We made our way through the overgrowth, I was glad that I had worn long pants and didn’t get too scratched. No sign of Vaughans inside or out. A disappointment, but, I still had that feeling of welcome. 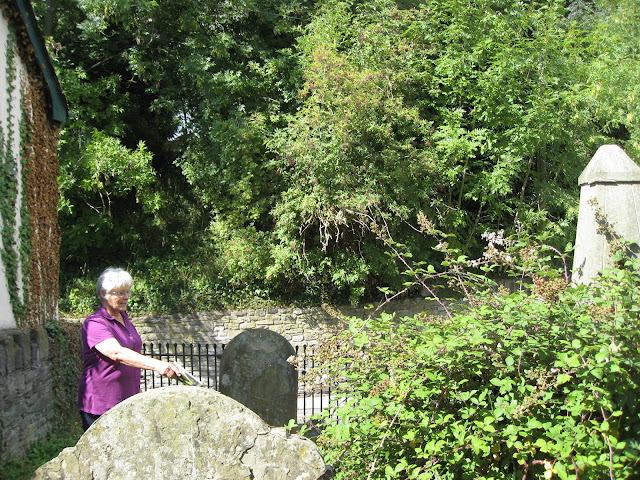 Judy & the brambles on the back side of St. Mary's, Hay-on-Wye.

This traditional Welsh song helps me explain the feeling that persisted all the time I was in Wales.

We’ll Keep a Welcome
Far away a voice is calling,
Bells of memory chime
Come home again, come home again,
They call through the oceans of time.

There’ll be a friendly voice to guide you
On your return we’ll always pray
We’ll kiss away each hour of longing
When you come home again to someday.

This land of song will keep a welcome
And with a love that never fails,
We’ll kiss away each hour of hiraeth
When you come home again to Wales.

We spent a week in the cottage at the sheep farm. From there we branched out to visit libraries, ancestral places, and historical sites. We attended the L.D.S. ward in Hereford, a wonderful experience and the congregation singing was unforgettably beautiful. Grant and I visited the county archives in Llandridod Wells and the records office in Hereford.

During the week we all visited Churches in Winforton, Whitney on Wye, Bredwardine, Cusop, Cwmdu, Llanfoist, Abergavenny, Penrhos and Llantillio Crossenney. Other sites we enjoyed were Stowe Farm and Whitney Court, Arthur’s Stone, stone circles, Tretower Court and Castle, Raglan Castle, Tintern Abbey and Llanthony Priory. These were all visited on a day to day basis from our quaint and charming farm cottage near Hay Bluff, winding through a narrow hedge lined road. Kathleen had to chide me when I scared her by reacting to my fear. I was so sure we would meet a car and not be able to avoid a crash. I learned to control my fear so as not to distract her driving.


There is a whole other story about our efforts to find family information in Hay, not only searching the churchyards, and trying to see records at St. Mary’s Church, but also tracking down people who could tell us about early butcher shops and where John (1789) might have practiced his trade as a butcher.

We left Hay early on Saturday morning with a touch of sadness at leaving. We still had adventures ahead of us, but we left with a strong feeling of belonging to that beautiful valley. We had a friendly welcome in “the land of song” and felt a welcome in the hillsides, vales and glens. “Bells of memory chime come home again, come home again.”
Posted by Grant at 6:31 PM