Up early in the bright day before the time changed to daylight savings or whatever they call it here, I took a walk out from my new digs in the attic of the Castle Hotel, Talgarth, to visit neighboring Bronllys Castle. Held briefly by the Vaughans in the 15th Century, it is one of the classic, round keeps of the Southern Welsh borders (think Tretower). It was locked when I arrived but soon the keeper of the keys came. I told her that I would report her favorably to the lord. I meant the lord of the castle. She said she wouldn't presume to take St. Peter's job. Oops. Wrong Lord.

The best part is that circular stairs inside will take you all the way to the top for wonderful views!

One of the chaps in the History Group has been doing phenomenal work gathering info on the history of inhabitants along the streets of Hay. He also did some physical labor cleaning up the back of St. Mary's churchyard in Hay! I thanked him greatly as it was a horror of brambles when we first came in 2010. Now, it looks so much better and he is cataloging monument inscriptions!

Longtown required a visit for two reasons which will not be shared now. I promised an exclusive on another, more prominent blog. And I had to practice for my post-retirement gig. More will be revealed.

First, I had to get to Longtown Castle. The Google lady was great because she sent me up Forest Road from Hay, part way up the mountain. That road is so much less intimidating than when we first came in 2010. I dropped off at the turn to Craswell and was happy to be following up the higher reaches of Cusop Dingle which marks the border between Wales and England when it was then confirmed at this wonderful site.

Craswell is not so much of a place but an experience. It is a farm parish with no clear center except for the tiny, and beautiful medieval church high up on the side of the mountains. (The crest becomes the England-Wales border.)

Longtown Castle did not disappoint! (Free entry and all for most of these border castle ruins.) 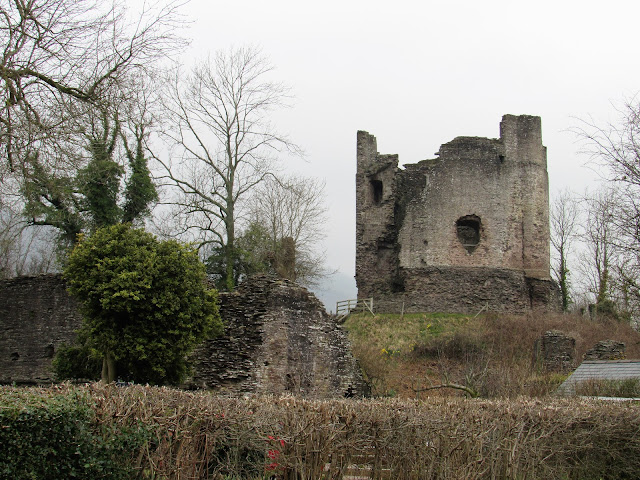 I won't go into a looong explanation of "Longtown," the ancient kingdoms, and the special rights granted the Welsh in this strip of Herefordshire. You can just Google all that.

It was then off to Abbey Dore through the hedgerows. I was in the Golden Valley again, the double misnamed of the Afon Dwr which means "wet river." The Normans thought Cymraeg "dwr" was their own "d'or" or "golden." It's just another wet valley. We've passed this Abbey many times before and I never had the chance to stop.

At the dissolution of the monasteries by Henry VIII, whoever got this abbey kept much of it intact as an impressive parish church.


There was a very nice Green Man in there on the floor, salvaged from some corner of the old Abbey.

After talking with a caretaker outside weeding the graves (I always thank people cleaning up churches having done some of that myself) I learned that there was no Vaughan crest as I had thought in this Abbey. It is, however, one of the possible, secret burial sites of Owain Glydwr. Checking my smartphone, the Vaughan crest is supposed to be up at Peterchurch. I stopped by there and was somewhat horrified to enter into a children's birthday party in one third of the church. Another third had been converted into a cafe and I saw no Vaughan crest anywhere.

Moving further up the valley, I crossed over to Bredwardine to visit the originator of the Vaughan surname in these parts, old Rhosier Fychan (Vaughan).

And, I got a good pic of the very rare Sheela creature outside of Ireland. Definitely pre-Norman, maybe even Celtic Church! 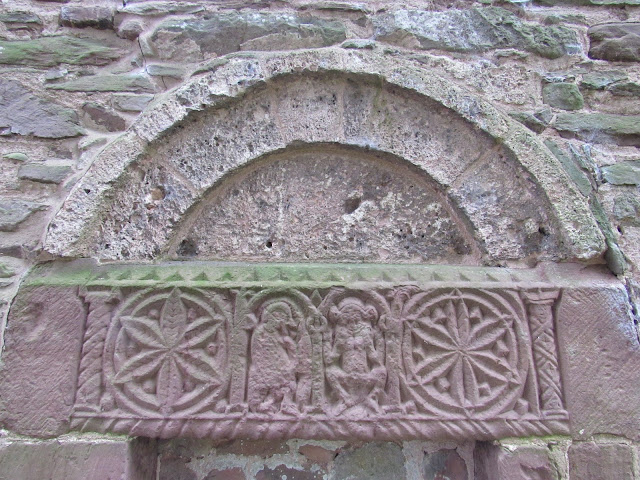 Recently reading about the castles of Herefordshire, I learned that Old (actually Young) Roger's castle ruins under a green mound next to the church are plain for all to see. That is if you know what you're looking at.

Wandering around the castle mound, I finally made my day with this: 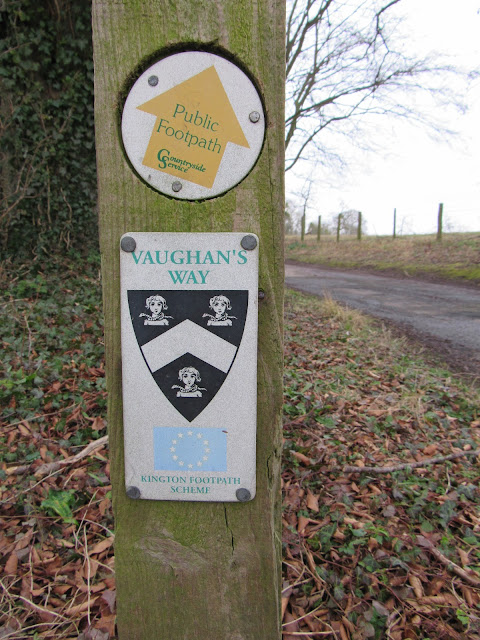