It rained hard that morning. As I still had a spot reserved at Powys Archives. After taking some pictures of where I thought my ancestor's flax fields might have been, I went back to check the indices and browse through the books on the shelves. Not having had enough time to digest what I had already found, I headed off to Brecon.

Brecon is the old county town and I hadn't yet been and I needed to go. Unfortunately, the Brecon Museum is undergoing extensive renovations and is not open at present. I was still able to get a feel for the medieval city. 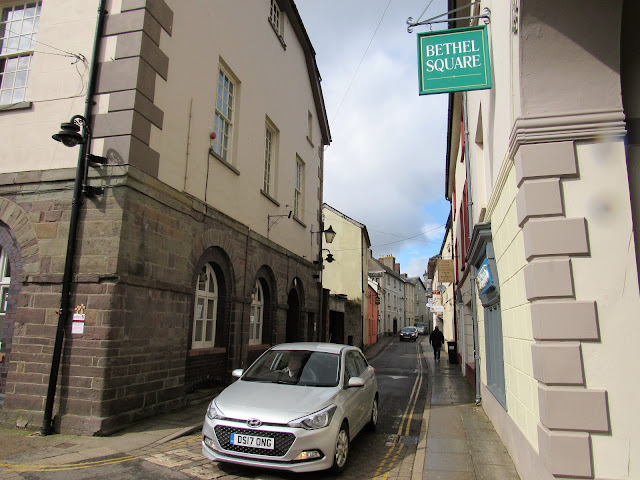 The name of Brecon in Cymraeg is Aberhonddu, meaning the mouth of the Honddu River [this black river] as it rather dramatically flows into the Usk. The castle is in private ownership so you have to stay at their hotel to get in.

The Cathedral, however, is wide open. 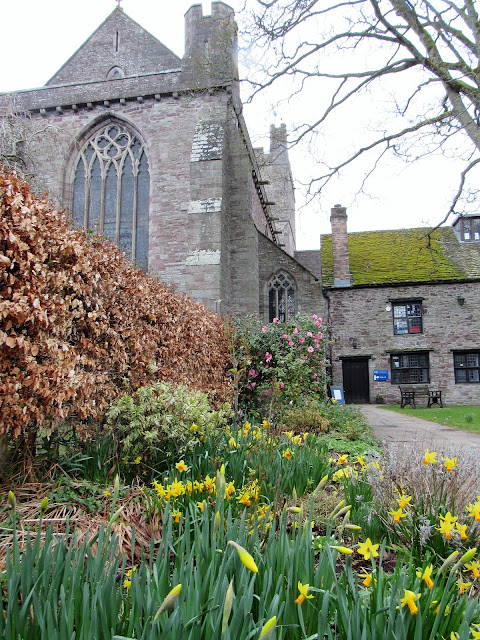 The Cathedral has this ancient baptistry that no one can quite explain. 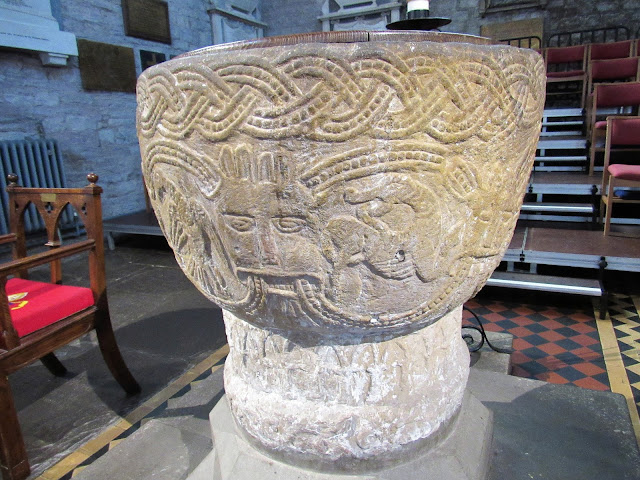 And I remembered there was someone there I had to meet.

She is all that remains of what was a lavish, perhaps garish, monument to the Family of Dafydd ap Llewelyn (Davey Gam), famous for defending to the death King Henry V on the field at Agincourt and Grandsire of the Vaughan Family. This wooden effigy is all that was salvaged from the destruction wrought by Cromwell's Puritans. It is thought that she could even be Anne Vaughan, daughter of Roger Vaughan of Tretower, who married into the Morgans of Tredegar House.

Davey Gam also poses that historical problem that he was his own man and loyal to Henry IV and V, even against Owain Glyndwr with whom Gam had some kind of personal feud (well, they had imprisoned each other at various times.) Gam's sons switched to the Yorkist Edward IV. And the Vaughans wisely laid low when Richard III seized the crown and the Earl of Richmond, Lancastrian Henry VII won the day at Bosworth, married Elizabeth of York (Edward IV's daughter), and united the two warring houses to establish the Tudor Dynasty.

The other historical draw to Brecon is the must-see Museum of the Royal Welsh Borderers. It is a musty and sobering reminder of past "glories" of Empire. And I also wanted to find out where the Brecon Barracks were in the time of the Risings of Merthyr in 1831 and Newport in '39.

It's hard to miss. 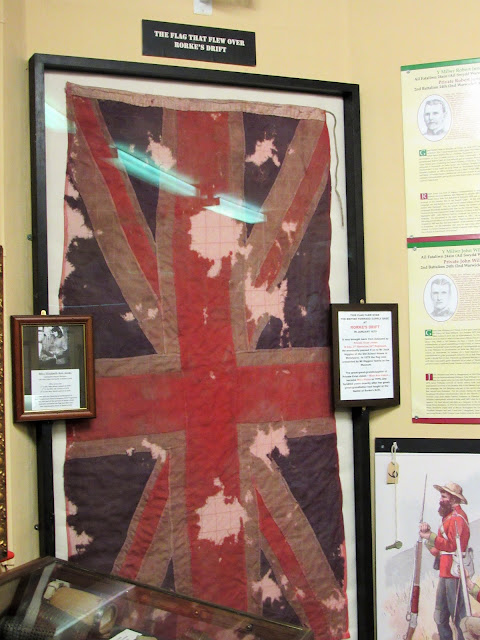 The Royal Welsh held off thousands of Zulu Warriors at a field hospital called "Rourke's Drift." Michael Caine was in the movie and I'm not sure if it's historically accurate that they sang "Men of Harlech." I'm pretty sure the Zulu were not "Saxon foemen."

The Royal Welsh did help defeat the nazis and they had a captured swastika flag in there. I will not share that here as the only proper place for them is in a museum evidencing their total defeat. [well, not yet total. We have work to do.]

Wandering out to see if I could determine where the original Brecon Barracks had been, I had to back away from the modern barracks and regimental grounds with its security warnings. Turning back, I realized, I'd been there all the time. 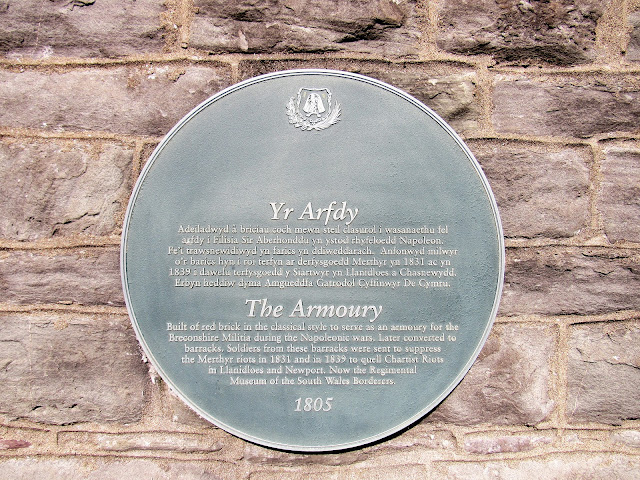 Giving me added jitters, I had to go back to the Wye. I visited Cusop with the sun out.

And St. Peter's Glasbury, with the sun out. 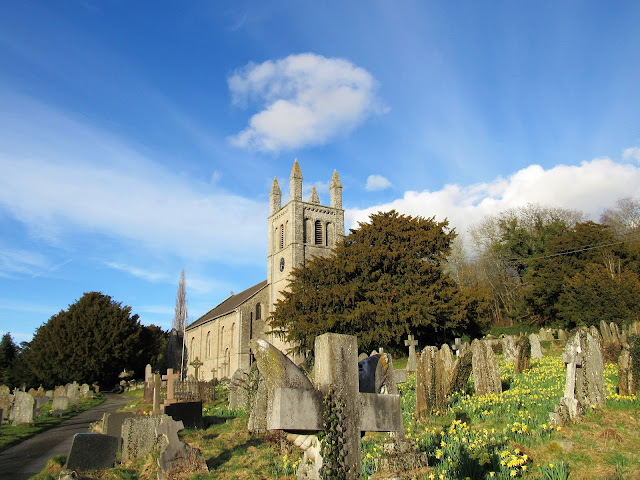 And then, not realizing until after further analysis, I went and cast a shadow near the spot where Bryn Cottage had been, where my Vaughans possibly lived in the 1780s.