This is the last post on my recent trip. I returned with a few good books for me to continue the intellectual adventures. One was a great survey of politics, social life, religion, and war (of course) in Medieval Wales:

Reading along, I came across a person named Rhys Gryg. I said to myself, "I know that guy!" Well, at least I discovered his castle. And I'm getting ahead of myself in this story.

My old college professor and again my mentor for new adventures in historical travel sent me an email while I was still in Wales. He wanted help in finding a location of an ancestral farm of one of the individuals signed up for our Wales/Scotland tour coming up in August. It was in Carmarthenshire.

Great! I hadn't yet been to Carmarthen, the city of Merlin ("Caer Merddyn" in Welsh meaning "Merlin's Fort or Castle") It would be easy to swing by the town after I found the farm.

And I did find it way up on the highlands above Carmarthen.

Having fulfilled that little quest, I headed into Carmarthen Town, a place I hadn't yet visited.

It was busy on Saturday as shoppers come in from the surrounding area. I heard some Cymraeg spoken on the streets. And I came across a monument to the old drovers of Wales.

I found Nott Square and, of course, the Castle.


Carmarthen Castle is well situated on a rise above the River Tywi (or Towy). 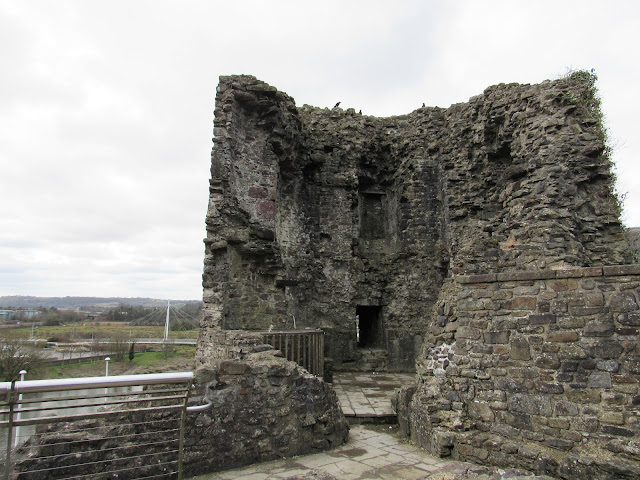 Then up through the town, I found St. Peter's Church. It was founded, likely on an ancient Celtic Church, by William the Conqueror as Carmarthen became a Royal Norman stronghold.

And there are links as far back as the Romans as evidenced by this Roman altar in the entrance porch of the church. 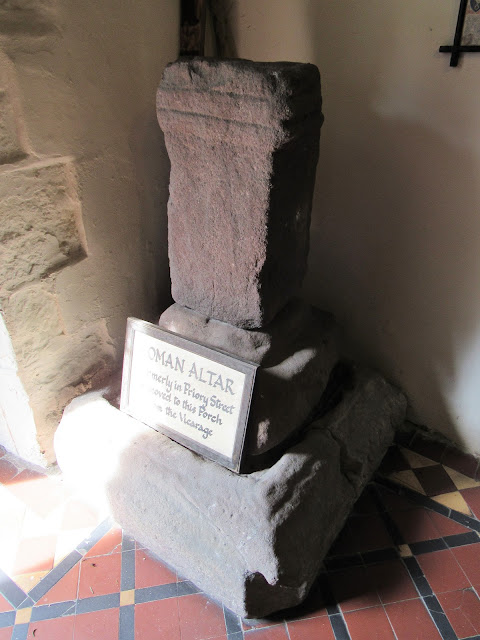 Not finding much evidence of Merlin (you can find more at Glasbury, Tintagel, or Disneyland) I headed off back to Talgarth along the Tywi for a distance until I crossed along the northern edge of the Brecon Beacons National Park.

And just down the Tywi, I noticed off to my right a hill with a castle ruin on top!

Taking a right on the next farm lane, I wound my way around until I came to the hill (there was a more direct route out). The interpretive signs identified this as Dryswlyn, a castle of Rhys Gryg, son of Lord Rhys ruler of the southern kingdom of Deheubarth! Lord Rhys was one a rare, Welsh ruler who was able to divide up his kingdom among his sons with peaceful success. He established Llyswen (White Court) on the Wye (back in our ancestral lands) where his sons could meet to resolve their differences. The peace, sadly, only survived in the family as that blankety-blank Edward I besieged and destroyed Dryswlyn Castle which was a gatekeeper on way to Carmarthen.

And what a magnificent castle ruin! 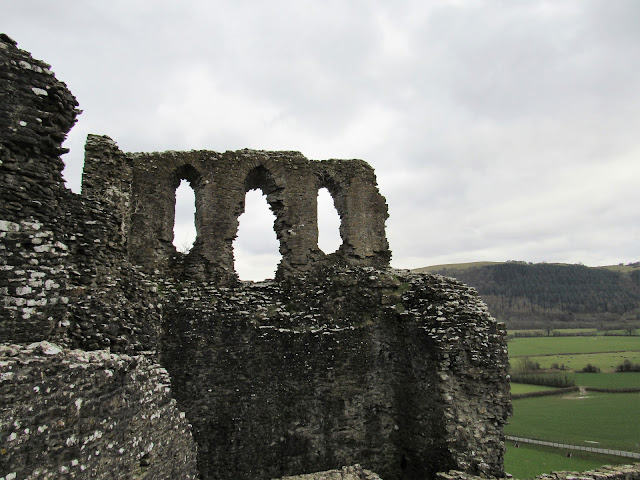 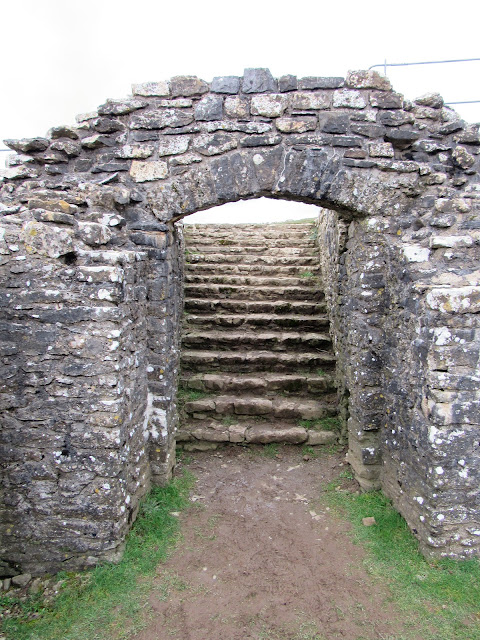