The early walk around Talgarth gave me a morning rainbow which is always a good sign. 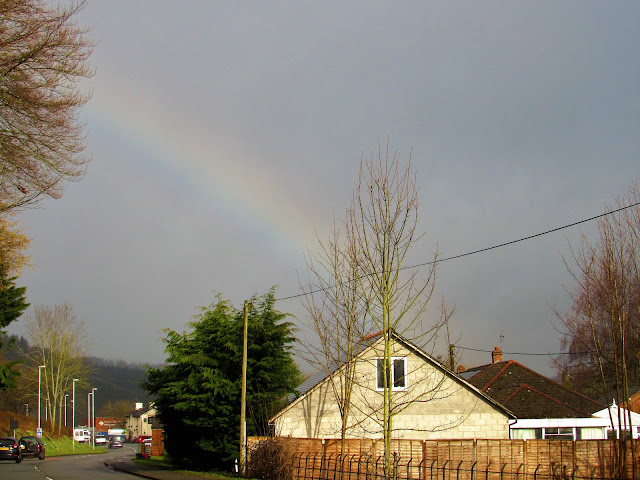 Then it was off to Llandrindod Wells, Wales (they really need to work on some of these names) for Powys Records Office!

They were waiting for me and were so very kind and helpful. And as I blogged here and here, I found what I came for. There's more to do now, of course, which will necessitate a return. Such is the nature of research.


Having paid for my photography fee, I made use of it to get original copies of what I already had by email from our researcher.

After the Records Office closed, I went in search of the monument to our last Prince Llewellyn, slain in 1282 by the blackguards of Edward I.

The Google lady led me right to the middle of the little village of Cilmeri. It is farmland now, but in those days, it was wooded. And mystery still surrounds the death. Was he out on a lark without sufficient guard? Was he lured into a trap? Was he on a diplomatic mission in an attempt to end the war his brother, Dafydd, had inadvisedly started?

The monument is in the style of an ancient monolith. 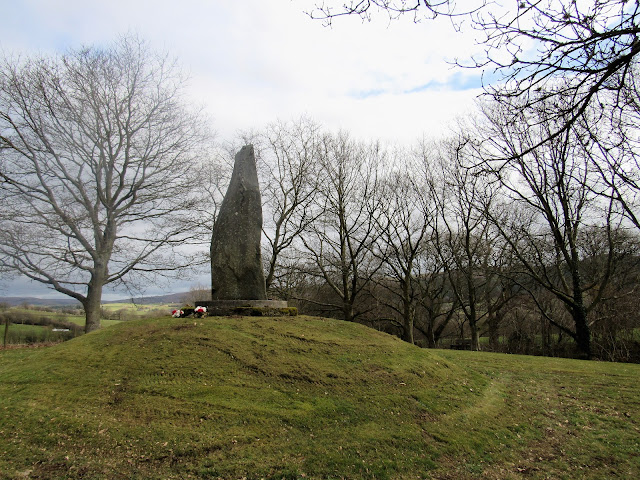 And, of course, there are daffodils for our Last Prince. 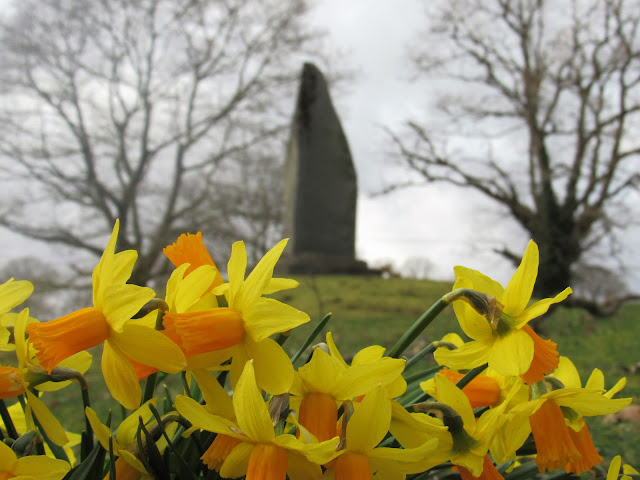 Then, the visit took a disturbing turn to the macabre.

Seeing a sign to a well and a gurgling brook, I headed off the hill to this: 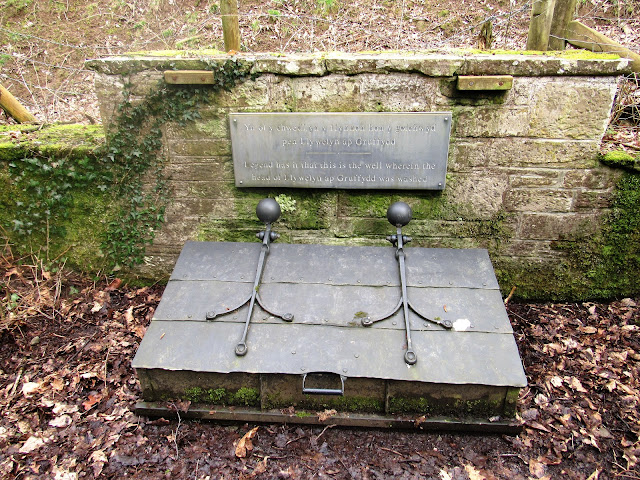 Would I lift the lid? Oh, yeah!

Llewelyn the Last! And not forgotten!